I've been writing stories since about third grade. While in and of itself an endlessly fascinating creative challenge, capturing those stories in any kind of visual medium has always fascinated me just as much (if not more). I've been learning to draw and 3D model on and off, but neither practice ever stuck. So when AI models like DALL•E (used here) and Stable Diffusion came around, I started to realize some of those stories in the style of movie/game concept art. This has been a wonderful experience. I'll be trying to make this a weekly creative exercise. 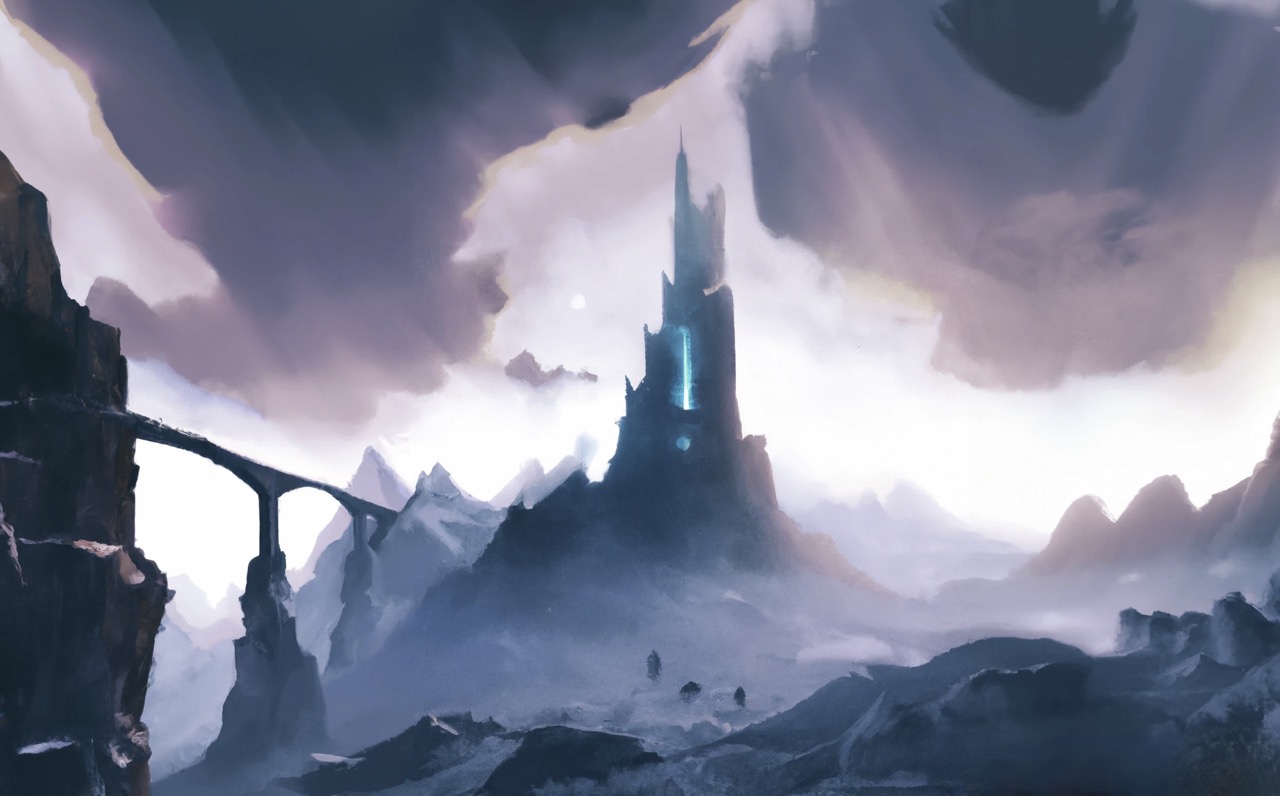 At night, a strange pulsating light can be seen in the surrounding regions of the frozen peaks. Daylight suppresses any hint of the light, though careful observers may still feel a thudding rhythm passing through their bodies. Blizzards, avalanches and snow deep as the ocean forbid any attempt at locating the source. Older than any of the tribes surrounding the region, myths of the frozen peaks predate any other. Legends speak of a dying civilization that, in a last compromising attempt at continuance, collected the souls of an entire generation and compressed them deep within the frozen peaks. The thudding rhythm is said to be the dampened screams of trapped souls, begging to be broken free of the prison they built themselves.

Neither bad weather nor a poor yield, and definitely not the raging war above — nothing could stop him from farming the limitless expanse of Tyson-8025f's cornfields. Feeling the harvesting machine shaking as it chugged along and violently absorbed any crops in its way was his daily meditation. It wasn't anywhere else that he could bear watching the thousands of explosions perforating the sky each day, knowing that the people he cared about were somewhere out there. One more nuked station, yet another ship's imploding reactor and every leftover debris smashing into an unsuspecting spacecraft put him at risk of loosing too much.